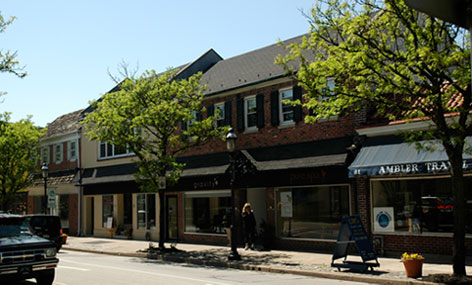 Ambler is a borough in Montgomery County, Pennsylvania, in the United States, approximately 16 miles (26 km) north of Philadelphia. Dawesfield was added to the National Register of Historic Places in 1991. The town’s many buildings were built by Italian immigrants from Maida, Italy and still has a large Italian population today. Maida, Italy is the town’s sister city today. Ambler was originally known as the Village of Wissahickon, named for the North Pennsylvania Railroad depot established there in the mid-1850s. The town was renamed to Ambler in 1869 in honor of Mary Johnson Ambler, a local Quaker woman who heroically assisted during The Great Train Wreck of 1856, a local train accident in which 59 people were killed instantly and dozens more died from their injuries.

Search All Ambler Homes for Sale