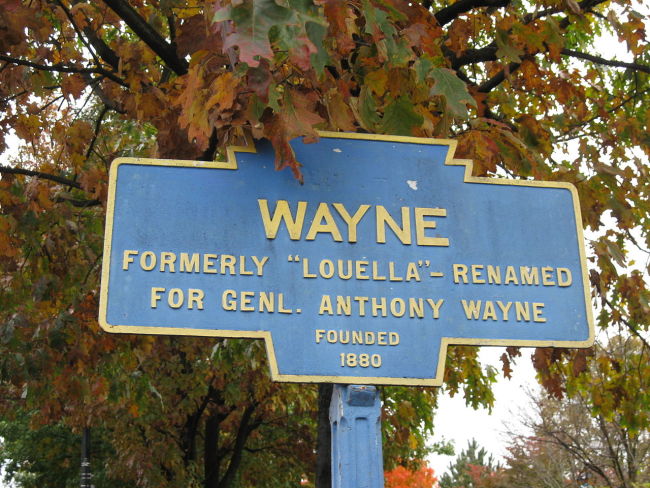 Wayne is an unincorporated community located on the Main Line, centered in Delaware County, Pennsylvania, United States. While the center of Wayne is in Radnor Township, Wayne extends into both Tredyffrin Township in Chester County and Upper Merion Township in Montgomery County. The center of Wayne was designated the Downtown Wayne Historic District in 2012.[1] Considering the large area served by the Wayne post office, the community may extend slightly into Easttown Township, Chester County, as well.

The center of the Wayne business district is the intersection of Lancaster Avenue and Wayne Avenue, its main street. The historic Wayne station is located one block north of this intersection. The Wayne business district also includes a post office, a cinema, a hotel, a library, the new Radnor Middle School, and several banks, stores, restaurants, cafes, bars and other commercial establishments. Other institutions and attractions in Wayne include the Wayne Hotel, Chanticleer Garden, the Valley Forge Military Academy (with a monument from the Battle of the Bulge located by the parade ground) and the headquarters of Traffic Pulse, a world wide traffic information provider.

Search All Wayne Homes for Sale