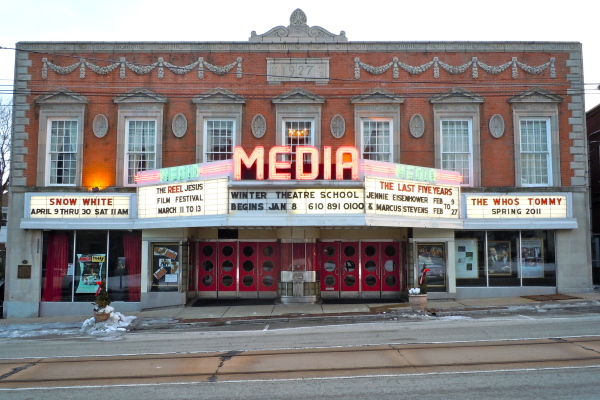 The borough of Media is the county seat of Delaware County, Pennsylvania and is located 12 miles west of Philadelphia. Media was incorporated in 1850 at the same time that it was named the county seat. The population was 5,533 at the 2000 census. Its school district is the Rose Tree Media School District with Penncrest High School and Springton Lake Middle School. In June 2006, it became the first fair trade town in America. The history of the area goes back to William Penn, but the area remained predominantly rural until the twentieth century. The Delaware County Institute of Science was founded in Media in 1833, while the Pennsylvania Institute of Technology, a two-year technical college, Williamson Free School of Mechanical Trades a three-year technical college, and Delaware County Community College, a two-year liberal arts college, are located nearby. Media promotes itself as “Everybody’s Hometown”.

Search All Media Homes for Sale