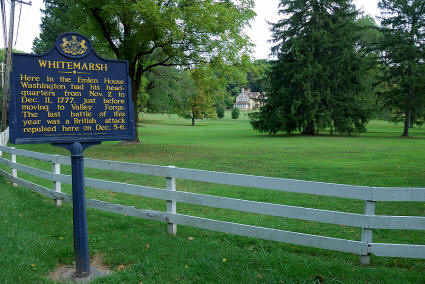 Whitemarsh Township is a Home Rule Municipality in Montgomery County, Pennsylvania, United States. However, it maintains its former classification of “Township” in its official name. The population was 17,349 at the 2010 census. Whitemarsh was originally inhabited by the Lenni Lenape tribe of Native Americans. It was first settled by European colonists in 1683, as part of a tract of land purchased from William Penn by Major Jasper Farmar. Though Major Jasper Farmer died before making the voyage to his new land, his widow and family sailed, with servants, to Philadelphia in 1685. They established their homestead in Fort Washington. After the Widow Farmer died sometime in the 1690s, her son Edward began to sell 100 to 200 acre pieces of the township to Quakers and German immigrants.

Search All Whitemarsh Homes for Sale